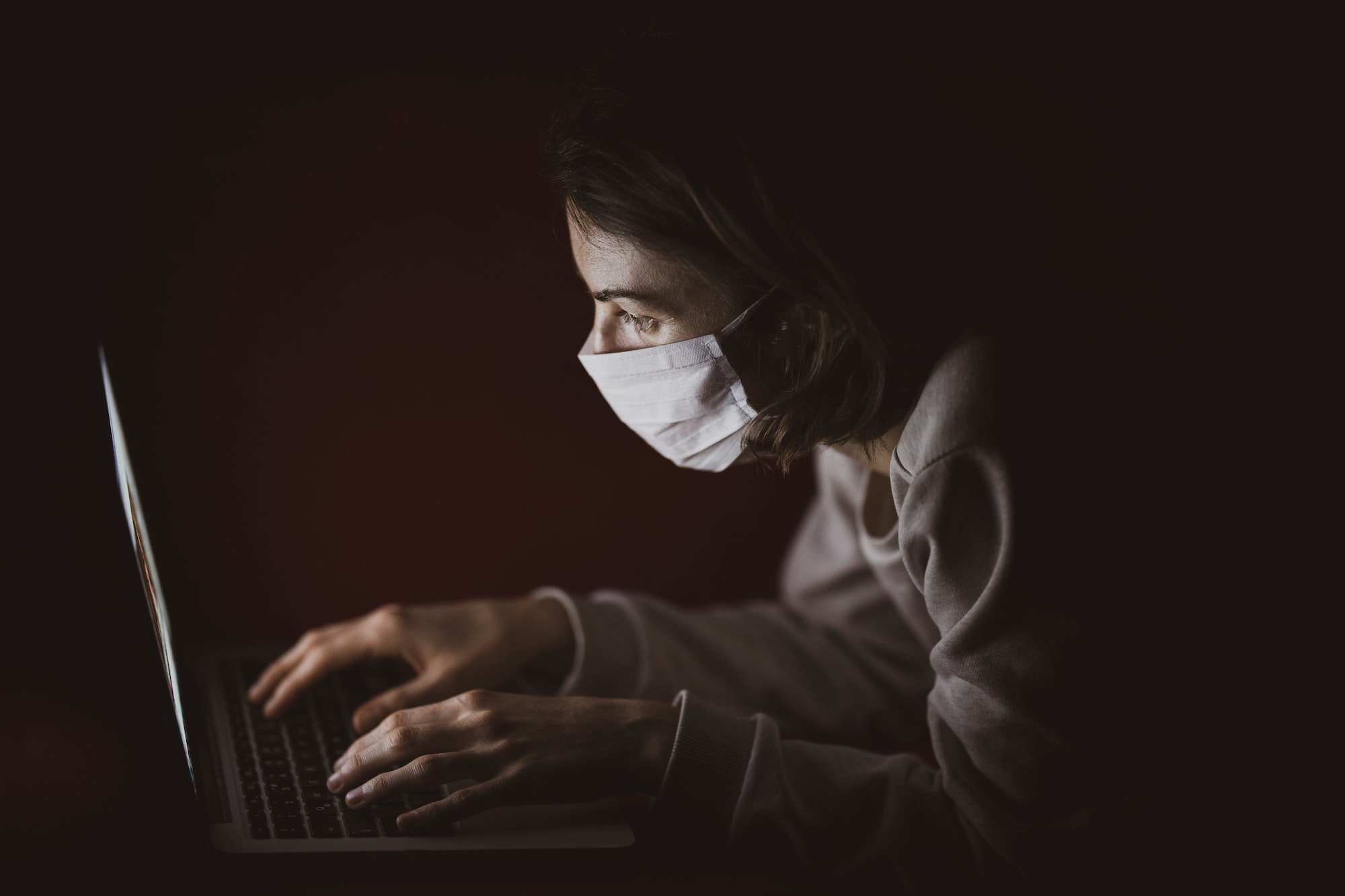 The COVID-19 outbreak and the consequential lockdowns have an enormous impact on online security.

People are working from home en masse. Many companies are not well prepared to support people in doing this in a secure way and a lot of people are not prepared to work from home either.

And it's not related to professional activities only. In Belgium and in a lot of other countries in the world all stores except pharmacies and food stores are closed, which means that more people than ever will shop online. Also the ones that never did this before and are probably even more vulnerable to become victim of online criminals.

This sudden change in how we have to live and the big shift to digital activities causes enormous chaos. And chaos is something that criminals love and will happily exploit. It's a sad but unfortunate truth.

In this blog I will list some of the crimes that you should be wary of.

Working from home means that employees:

While some companies are experienced in securing the infrastructure and tools that are used to work from home, a lot aren't. And if quick decisions have to be made, security is often forgotten.

In this blog by Shodan, we see that in March there's

The fact that servers are exposed via RDP and that more VPN servers are online doesn't mean that they are all vulnerable. But we know from the past that a lot of them will be poorly configured and not regularly updated which gives criminals an easy entry point into organizations' internal networks. It's fair to conclude that the potential for attackers is now a lot higher than it was a month ago.

And it's not limited to web and VPN servers. Belgian security researcher Inti De Ceukelaire found hundreds of internal service desks that were made publicly accessible due to COVID19. Because they were misconfigured an attacker would be able to easily gain access internal company information.

Another real risk are video conferencing tools that are heavily used at the moment. And when this video conferencing software has vulnerabilities or when meetings are not properly set up unauthorized users have the opportunity to disturb the meetings - ZoomBombing for instance - or worse get hold of confidential data of the users in the meeting or company sensitive data.

A risk that companies often overlook is their employees sharing pictures or videos that might leak sensitive data that can lead to security incidents or even data breaches for the company. This risk certainly increases now, when people are heavily sharing pictures of their home workplaces.

With the COVID-19 virus rapidly spreading the same can be said of the related malicious campaigns. Analysis by Trend Micro shows that almost two third of all threats is malicious email. Malware accounts for almost 27% and malicious URLs and domains for 7.5%.

All these different forms of malice have one thing in common. They use COVID-19 as a means to lure people into installing malware or giving away personal or financial data (phishing) or transferring money to a criminal posing as a colleague (BEC scams).

If you want to learn more about how to protect yourself against phishing and ransomware attacks do read this and this blog.

Another kind of COVID-19 related malice are extortion mails. An example is described in this article. Criminals threaten to infect the family of potential victims with the Corona virus. They try to convince a potential victim that they have access to their computer and know everything about them. By showing one of the user's passwords they hope to make their claims more credible. If you want to learn more about this sort of extortion scams, read the blog I wrote about sextortion scams which are very similar.

I went to the food store last week. It's a surreal experience, you have to be on your guard for an invisible enemy.

When I saw this tweet from Alyssa Miller I realized that it's actually not a lot different online.

How on earth does an average user know if a particular site is being hacked and now running some obfuscated javascript that's stealing their credit card data?

There are also a lot of people that never have shopped online before but now don't have another choice. They will be particularly vulnerable to fall victim of fake shopping sites and other scams.

That's why it's important that you help them and make them aware about the potential risks. If you want to learn more about how you can prevent becoming a victim of online shopping fraud, read this blog.

However several ransomware operators said they would not attack medical organizations, the Maze ransomware group attacked a medical facility a few days later.

And a few weeks earlier a Czech COVID-19 testing center was hit by a cyber attack.

There are plenty of recent examples and it's certainly not only medical companies that have an increased risk of cyber attacks. All companies have to deal with a very exceptional situation at the moment which implies additional risk and chaos in some cases. Instead of showing mercy, criminals will abuse these circumstances.

It's terrible that in these difficult times online crime is impacting us even more than before. Unfortunately criminals have no conscience and are only interested in money. That's why it's very important to apply a few security best practices. The last thing you want is having to deal with a ransomware attack or get your (company's) data or money stolen. Stay safe!