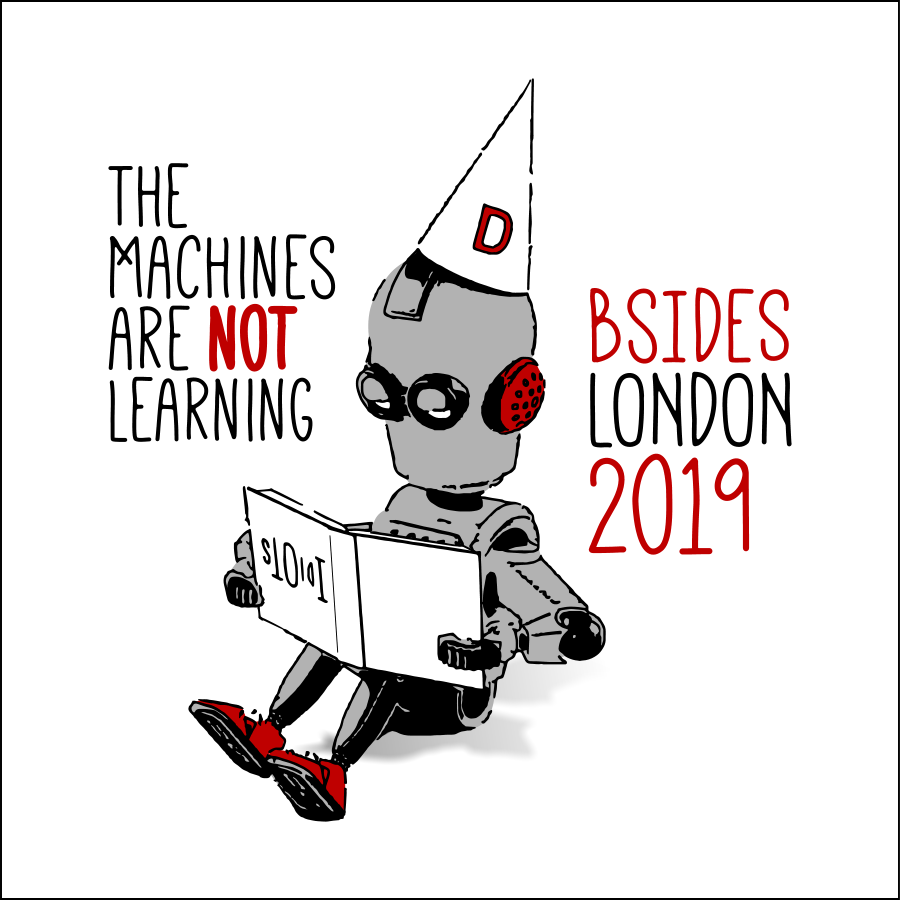 I was very excited about Bsides London for several reasons. First of all because I finally would see my mates of the Beerfarmers again.

The Beerfarmers originated only in August last year, but in that fairly short period we became really good friends. Together we have a good mix of expertise in different information security domains. And whilst we certainly don't agree on everything I think I may say the following pretty good summarizes where we stand for:

Don't take yourself to seriously and don't be a dick.

Whilst the 'band' already did a lot of gigs, it was only the second time I could make it to a conference.

Another reason why I was particularly looking forward to this event? Troy Hunt and Scott Helme would join us on stage. Kudos to Mike Thompson for arranging this. I think I can say in the name of the entire band that he's the driving force behind The Beerfarmers.

I met Troy several times before and he's a really nice and down to earth guy. I didn't meet Scott yet, so I looked really forward to meet him as well.

The day of the conference

Most of the other Beerfarmers arrived in London on Tuesday. But because of work obligations I couldn't get there on time. So I decided to travel Wednesday morning. To have some extra sleep I decided to drive to friends who live near Leuven on Tuesday night and spend the night there.

Wednesday morning, at 5.30 AM my alarm went off. Off to the nearest train station, direction Brussels. Eurostar from there to London St. Pancras. Then the underground to Earl's court and a short walk to the venue, the ILEC conference center. It's always a risk to travel the day of the conference, but luckily everything went according to plan and I arrived there at 9.45.

Mike and Sean were already at the conference and after I got my badge and swag sorted out we went for a coffee. A bit later Ian and Chrissy also arrived. Andy would arrive around noon.

In the meantime I also finally met the legendary Stuart Peck and I just chatted really quickly with Antonio with whom I had a lot of fun at Bsides Leeds earlier this year. A shame that we couldn't chat longer.

We decided to have a beer - we need to honor our name after all - and then we went to the room where we would do our talk to do a soundcheck. Yes we really did a soundcheck, but that was just for fun. The real reason we went there upfront was to see with Cooper and his team where we would stand on the podium and who needed a mic. You can imagine being with 7 on a stage can get pretty messy easily. But I think we did pretty well and Cooper and his team did a wonderful job.

Soundcheck done, time for lunch! We finished our lunch around 1.15. I quickly checked my DMs and saw that Umran had messaged me. I knew she was coming to the conference and she wanted to meet up. So I went downstairs and she immediately recognized me from my Twitter profile picture. We had a nice chat together with Ian and Khae.

It was only 20 more minutes before our talk so I headed towards the room. While we were waiting there, this tall Aussie popped up together with Scott Helme.

We had a quick chat with Troy an Scott and then it was time for our talk.

The talk "We take your security seriously. Or do we?" went pretty smooth, perfectly led by Mike and the rest of us jumping in. We started with our parental advisory slide and introduced ourselves. We talked about how companies screw up and how they can and should do better. Our special guests Troy and Scott both had their own part in the talk. Troy about the current state of data breaches and Scott about HTTPS. Both got their very well deserved awards at the end of the talk.

When the talk finished we normally would have done a podcast for The Many Hats Club. But because the most of the TMHC audience was at the conference anyway, and we felt like having some beers, we decided to cancel it.

I guess Stuart Peck, who would host the podcast, didn't regret that after all ;)

Before we went upstairs to the bar, we shortly met Jessica Barker, Freakyclown and Zoë Rose (with whom I had a nice conversation later).

In the bar on the first floor, we had some beers together with Troy and Scott and some colleagues of Mike. And how much I liked that Troy and Scott where with us on stage, I even more appreciated having a beer and chat with them. Umran joined us as well and she even brought Turkish Delight for us!

At around 6pm we all left and I went for diner together with Ian.

After a good ribeye and some red wine - isn't that romantic? - we went to Ian's place where I stayed overnight. When we took the train back home, we got invited by Francesco Cipollone to have a whiskey at his place. But both Ian and I were super tired, so we decided to keep that offer for a next time.

Travel back on Thursday

We left Ian's place around 8 and took the train to London Bridge. I said goodbye to Ian there and took another train to St. Pancras where I arrived a bit later. Because I had to wait before I could check in I sat at a bench near to the station. At that moment I realized that this was a unique experience which I would cherish forever. The return trip went really smooth and around 4 pm I arrived home.

A big thank you

Let me conclude this post with a big thank you to:

The Beerfarmers, love you guys!

Troy Hunt and Scott Helme for joining us on stage and afterwards. You guys rock!

Cooper and his team for registering our talk. Not an easy job with 7 people on stage!

Umran, she came from Turkey to see us and brought some Turkish Delight, awesome!

BSides London for having us!

Last but not least, Ian and Dana for letting me stay at your place.